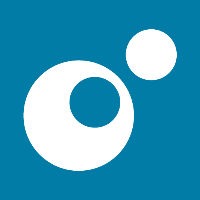 This article explains how to use the automatic translation feature in order to automatically translate your Product Guide into more than 75 languages of the world.

Each detail layout in the Language view has its own translation button above the texts of the secondary language. If this button is clicked all selected texts will be translated from the first (source) language into the second (target) language.

In the image example this would mean: Translate all texts from English to German. If you want to translate one one or two texts of the detail layout, you can uncheck all texts which should not be translated.

If you already have texts for your target language, it is possible that the new translation differs from the current texts. In this case a conflict solving modal window appears. In that window you can decide for each conflict pair if you want to keep the original text or replace it with the new translation.

You have to translate each detail layout separately. A bulk translation for the whole advisor is only available for adding a new language right now.

Which languages are available?

Things to know to get optimal results

In order to get best results, it is recommended

Our translation service currently does not support HTML tags and thus removes them from the translation result.

Please add all HTML tags to all translation texts manually.

HTML tags are removed during automatic translation because it can not be assured that they would be translated correctly. Additionally, the content contained within HTML tags and the rest of the sentence is treated as separate content by the translation engine. Thus, the phrase context might get lost and the translation quality would suffer.

Want a product tour, demo or free trial? Please visit us on www.excentos.com